The COmplete Guide To CBD Tinctures In Europe

Let’s face it: if you haven’t heard of CBD yet, you may very possibly live under a rock. CBD has made appearances online, in dispensaries, and maybe even in your city’s local wellness stores. 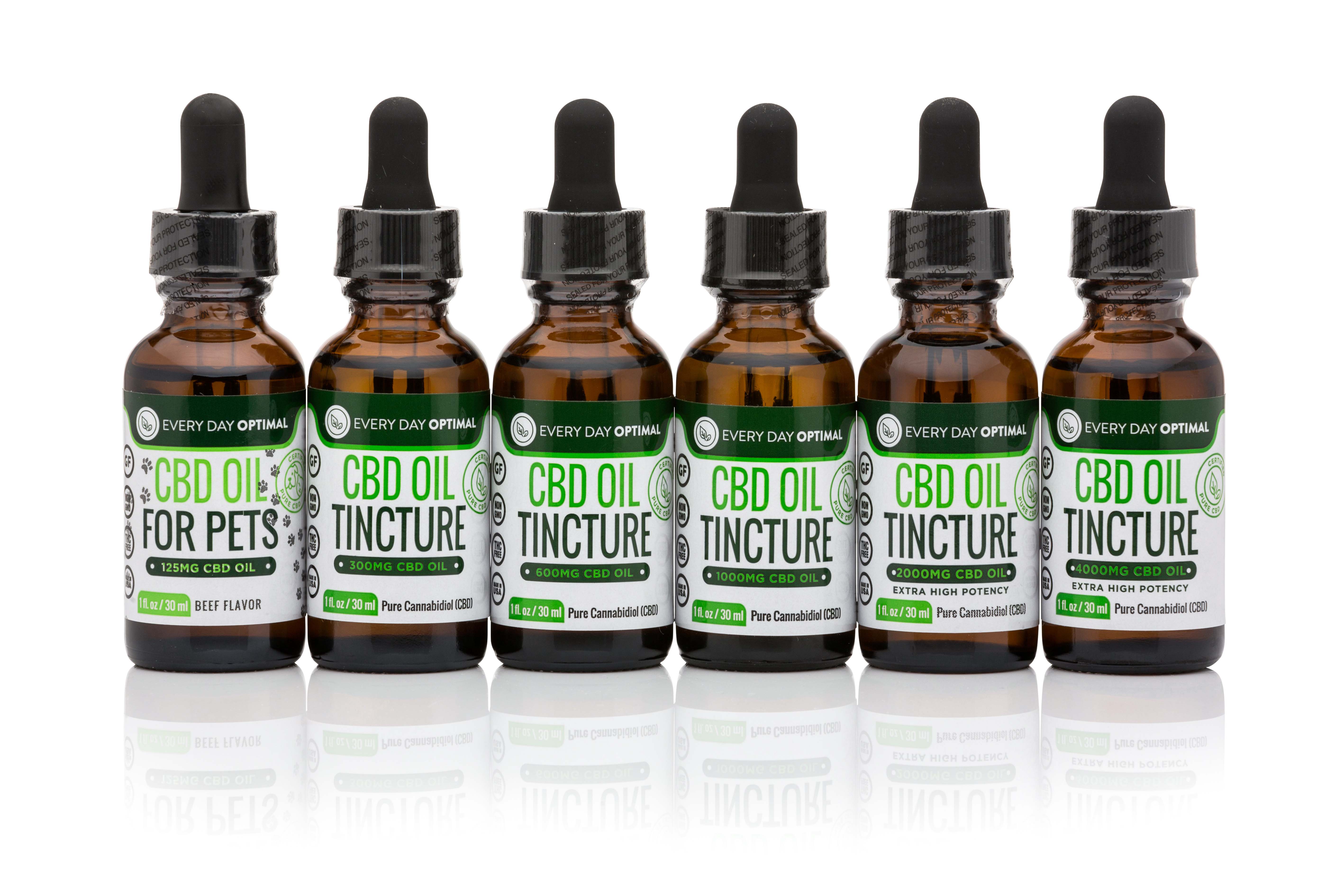 Due to the research surrounding its properties for pain-relief, the CBD market has rapidly grown in Europe for those who seek to relieve a wide variety of ailments. And while many members of the CBD industry have successfully experimented with the compound in the form of edibles, topical creams and vapes, tinctures remain as the most popular way to tap into the beneficial properties.

Tinctures are a great way to take CBD because they are highly concentrated, easy to portion, and circulates throughout the bloodstream. However, the market is no stranger to mislabeled products.

The purpose of this article is to educate the reader about the benefits of CBD tinctures, explain how they’re made, and offer suggestions made my medical authorities on how to properly administer them.

CBD stands for Cannabidiol, which is a part of a series of over 120 molecules found in cannabis plants, which are known as endocannabinoids.

These cannabinoids interact with a series of receptors in our nervous system known as the endocannabinoid system, which plays a large role in maintaining bodily balance. While cannabinoids are fascinating molecules with a series of secret abilities, CBD plays an especially unique role when it interacts with our endocannabinoid systems, but unlike its famous relative, THC, it does not give you the high associated with medical and recreational cannabis. 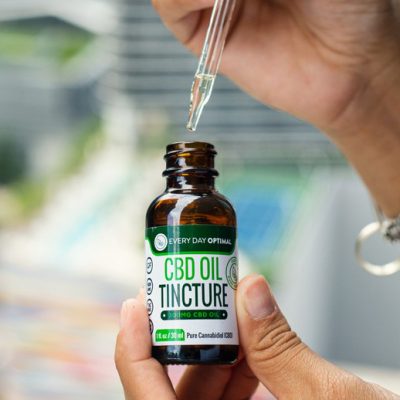 Instead, it delivers anti-inflammatory properties which may relieve pain and ease the nervous system. CBD can be bought in the form of CBD isolate, which contains only CBD, or in the form of broad-spectrum, which includes all of the cannabinoids aside from THC.

The latter is often recommended, because the cannabinoids may work in harmony, causing the CBD to more efficiently deliver its effects; this phenomenon is known as the entourage effect. CBD is often produced by hemp or male cannabis plants.

What Makes CBD So Popular?

Multiple studies on CBD are currently being conducted for the variety of ailments it may treat; one of the leading topics is the way in which CBD may help reduce painful symptoms with few side effects, which can extend into relieving the symptoms of a vast number of common ailments.

If you’d like to learn more about the numerous benefits of CBD, our blog gives an in-depth explanation on how CBD can potentially improve your overall health.

What are Tinctures Exactly?

When browsing CBD dispensaries and websites, tinctures are quite likely the first product you see on display, as it remains the most popular way to take this unique herbal remedy.

While tinctures are unfamiliar to some, this form of consumption is by no means new. In fact, the process of making tinctures is a centuries-old method for preserving all sorts of herbs.

Tinctures are traditionally made by steeping herbs in a high-proof alcohol before low heat is applied for a sustained period of time, meaning that this process can be quite labor-intensive without industrial equipment. While this process is sometimes used for CBD, the end result is not the best quality.

The ideal way to extract CBD from cannabis is through a method known as CO2 extraction.

CO2 extraction is a process that utilizes pressurized carbon dioxide to draw out all of the desirable parts of the plant–namely, the cannabinoids and terpene oils. While this method requires the most equipment and maintenance, it produces a full-spectrum CBD extract, which is then added to a carrier oil.

The blends are stored in a clean jar–preferably one made of amber glass, as these best preserve the contents inside.

Tinctures are particularly popular for those who are new to taking it, since they tend to be highly concentrated, easy to measure, and deliver their effects quickly.

How Are CBD Tinctures Made?

Among the wide variety of products offered, there is some debate over the best way to administer CBD.

While each type of product offers its own benefits, the most efficient way to take CBD as a tincture sublingually, or under the tongue, leaving the drops there for at least 30 seconds.

This is because when CBD is sublingually consumed, it is absorbed by the mucosal membranes in the mouth more quickly, thus more efficiently delivering its effects.

CBD can also be incorporated into foods, but a lot of the active ingredients might be completely digested before they can enter the bloodstream.

CBD can also be taken transdermally through an oil-based ointment, but this will only affect the local area, and not the entire body.

Is CBD Legal In Europe?

Despite its reported benefits for decades, recent spotlight on CBD as a wellness and medicinal supplement has caused its demand to explode in the past five years, and in turn, there’s been an increase in CBD manufacturers to meet said demand.The Brightfield Group predicts that the CBD market in Europe will increase by 400% by 2023.

On 24 January 2019, the director of the World Health Organization (WHO) wrote a letter to the secretary general of the United Nations (UN) advising that CBD should not be included in the International Drug Control Conventions.

Furthermore, CBD is legal in all European countries (with the exception of Slovakia), so long as it contains a THC level below .2%, as stated by EU legislation in compliance with Council Regulation (EC) no. 1672/2000. That being said, specific restrictions can vary with each nation.

All foods containing CBD and other traces of cannabis and cannabinoids are categorized as “novel foods,” as they have no demonstrative history of being consumed; this categorization also applies to extracts themselves.

The novel food catalogue works as a source of guidance for authorities of Member States, who can then decide whether or not to permit a supply of food containing CBD.

Most recently, Cannabis Pharma s,r,o submitted an application to the European Food Standards Agency (EFSA) for the approval of a food supplement containing a daily intake of 130 mg of CBD–the first-ever food containing CBD to be considered by the EFSA.

If the application is passed, the European Commission will implement and regulate conditions for use (e.g. a recommended dosage, stipulation for lab analysis, etc.).

While regulation is still being developed, most European individuals will continue to have access to CBD products, though for now, they’ll have to do some research to ensure the quality of what they’re buying.

As always, the most telling feature of a good CBD cream, edible or tincture is whether it has a certificate of analysis from a third-party laboratory.

Our European-made CBD oil tinctures are derived from 100% cannabis grown on small European farms, which helps local communities grow and thrive. Furthermore, the cannabis grown here is non-GMO and eco-friendly, so you know you’re purchasing a product for your well-being that’s not only ethically manufactured, but also of the highest quality.

Our 500 mg CBD is full-spectrum and includes a high level of cannabis, terpenes, phytocannabinoids, and essential oils. 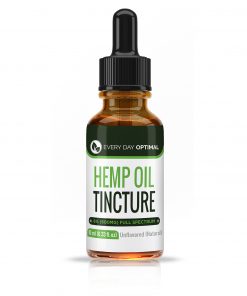 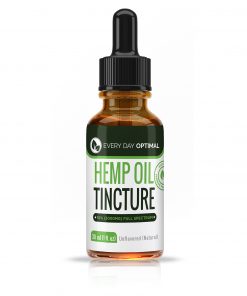 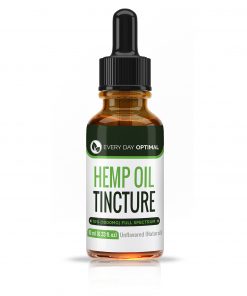 Every Day Optimal is dedicated to bringing you the finest Hemp CBD products in Europe.

We use cookies to ensure that we give you the best experience on our website. If you continue to use this site we will assume that you are happy with it.Ok